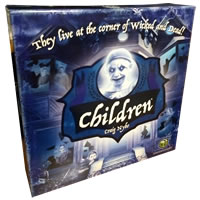 How To Play Children (Instructions)

Get ready for a hauntingly chilling tabletop game with ghosts, toys, a black cat and a spooky mansion. The game Children is a combination of card game and board game. Each game is drastically different with the tiles for the game board changing and new haunting ghosts. Made with superb game components, this is a high quality game.

Children is a thrilling and scary tabletop game that lets players move about their custom mansion in search for the spirit ghosts from times past. Great for up to four brave players and game play takes less than an hour. Learn more about the game below and be sure to purchase a copy of Children for your Halloween party collection. 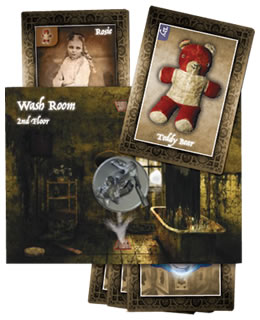 With the hint of fall in the air, the cool breeze, the slightly darker days, the falling leaves and the full moon, this game review couldn't have been better timed. Children is an amazingly created table top game with a modular game board. It is comprised of room tiles, ghost cards, toy cards, 3D figurines and tokens. If you're in the mood for a thrilling, chilling, haunting and extremely fun game, Children is the perfect game for you.

We can't say enough good about the build quality of 3 Headed Giant games. This one feels like it raises the bar even higher than the other games we've seen. The thick cardboard room tiles, the 3D character figurines, the plastic skull coins and the large print rule book are just a few examples. The quality of game play is right there with the physical quality. Children is a well thought out game. The theme is consistently spooky and the rules have just enough complexity to make it fun while keeping the basic game rules fairly easy. We loved the hidden cards beneath others and the fact that at times you have to leave cards behind in certain rooms. 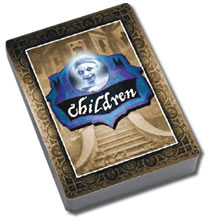 We played with the full four people and we had a blast. Perhaps "blast" isn't the right word since this isn't a hilarious party game. It is a quiet, tip-toe type game that has some fun tension and some goosebump raising moments. The way you move about the mansion through doors, the way the ghosts can only move in certain directions, the action cards, the kitty, the skull tokens - wow. Even the fact that if you're not careful, the game can actually defeat everyone playing with the enraged ghosts. The game takes a fair amount of room on your table since you'll need to layout the mansion tiles with enough room for cards that will be tucked above and below each tile. One thing we realized after we finished playing was you can download a soundtrack for free with some spooky music and an awesome narration of the story behind the Thornhill Mansion. Playing the game with some themed music is genius for this game and would create an awesome atmosphere. 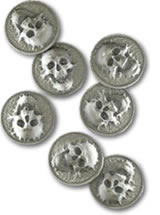 While haunting ghosts aren't really our go-to style, we still enjoyed it. We didn't think the game went overboard with being too scary and had a slight Clue feel to it. Having doors or the lack of doors on the game tiles was a great way to force people a certain way throughout the game and makes running away more challenging - brilliant! The game rules are written more like a story, immersing its players in the game which is much better than just a checklist of do's and don'ts. There is plenty of strategy in the game but the fun luck that is involved with what cards are under the toys and left in the game rooms is a fun suspenseful twist. We were a little surprised to see the age limit at 12 or older. This can still be a little intense for younger kids especially since the game is about a bunch of kids that died. Be sure the young ones playing are up for it and won't have nightmares. With Halloween coming up, this would be great to play at adult parties and get-togethers (don't forget the free spooky sound track). We really enjoyed playing the game Children and we think you will too.

The game Children should come with the following components. These are based off of the original game and don't include components from any expansion packs or different editions.

The player with the most trapped ghosts wins.

Please keep in mind that the official Children rules and instructions could be different depending on the game version you have. The rules below are some of the exact directions that came in the original packaging and will teach you how to play Children. Download these original PDF game rules or print them for later use.

Share with us your comments, funny stories, tips, advice, strategies, creative ways to play, questions about how to play, problems with the directions or anything you want about Children. All submissions will be reviewed within 24 hours.