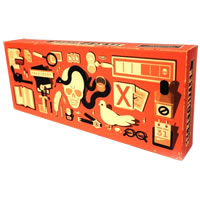 How To Play Secret Hitler (Instructions)

Secret Hitler is a dramatic game of political intrigue and betrayal. Players are secretly divided into two teams and become either liberals or fascists. Known only to each other, the fascists coordinate to sow distrust and install their cold-blooded leader. The liberals must find and stop the Secret Hitler before it's too late.

Join the suspense and secretive game of Secret Hitler. This game will make you want to play again and again and can be a blast for a fairly large group of people. Dim the lights, turn on a lamp and set the scene for this new party game. Give Secret Hitler a try today.

The game Secret Hitler should come with the following components. These are based off of the original game and don't include components from any expansion packs or different editions.

There are various ways to win. See the official game rules for more details.

Please keep in mind that the official Secret Hitler rules and instructions could be different depending on the game version you have. The rules below are some of the exact directions that came in the original packaging and will teach you how to play Secret Hitler. Download these original PDF game rules or print them for later use.

Share with us your comments, funny stories, tips, advice, strategies, creative ways to play, questions about how to play, problems with the directions or anything you want about Secret Hitler. All submissions will be reviewed within 24 hours.

Gaja says:
Its a great game to play with friends
©2023 Board Game Capital - About Us