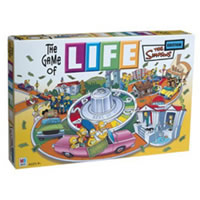 How To Play Life (Instructions)

Life is a family type game that parallels many activities in life. Throughout the game, players can choose between starting straight into a career or going to college, dealing with loans, stocks, buying a house, life events including marriage and having children, retirement, taxes and last but not least, payday. The similarities between the game of Life and the actual "life" as we know it are sometimes hysterical.

The game of life can be fun for adults and educational for children. Game play is simple but due to the nature and somewhat complexity of the game, it may take a while to catch all the Life rules. If only the real game of life we play everyday was as simple as spinning a wheel. The 3D pieces that attach to the board make this different than most board games.

The game of Life does take close to an hour to complete and the game play is more like a journey than a competitive board game. There are some fun choices along the way that will either greatly benefit you or haunt you the whole game. While each game is slightly different, the basic game is the same. This makes it a great game for younger audiences that just like pretending they're adults.

Just about everyone has played or perhaps has the game of Life in their home. It's been around so long that it has gone through many different versions and updates. Below are the official game rules on how to play Life for various versions throughout the years. If you don't have your own copy of Life then it's time to buy one today!

The game Life should come with the following components. These are based off of the original game and don't include components from any expansion packs or different editions.

To win the board game of Life, players must collect as many Life tiles as possible and try to have the most amount of money at the end of the game.

Perparation: Shuffle all Life tiles and place them Life-side-up somewhere near the game board as the draw pile. Remove four tiles without looking at them and, keeping them Life-side-up, stack them on Millionaire Estates.

Separate all cards into four decks: Career, Salary, House Deeds, and Stocks and place them near the Life game board along with the Automobile and Homeowner's Insurance Policies, Bank Loans and money. A banker is chosen and $10,000 is given to each player.

Players then choose a color of car, place one person in the vehicle, and then located their car on the starting space.

Before you can begin your first turn, each player must first decide if they will start a career or go to college. By starting college, you will have more salary and career options. This option does take longer and upon deciding the career option, you must take out $40,000 in bank loans before your first spin. Place each car on either the career or college spot on the Life board.

If a career is chosen, chose 1 card from the shuffled deck of career cards at random that does not says "Degree Required." Then do the same with the Salary cards. Place both cards face up in front of you. Those going to college will do the same. Players that have chosen a career will do the same only when they come to the Job Search spot on the board. They then can choose three career and three salary cards and choose the best one. The other cards drawn are then returned the deck.

Keep in mind that player also earn money if others land on your career spaces throughout the board. If you are the accountant and someone has to pay taxes, they will give you the money. All careers have multiple spaces and is a "luck of the spin."

Game Play: The rule on who begins the game of Life rests on whoever spins the highest number on the wheel and then other player take their turns in a clockwise fashion. Move your car forward the number of spaces you spin each time unless you reach a STOP space. Follow the directions on the space you land on and your turn is over.

As you move your car, you will stop of various colors of spaces. The following rules apply to the color of each space: Spaces that show pictures of Life Tiles are called Life spaces. These are family activities, good deeds or service projects. Whenever a player lands on a Life space, one Life Tile is taken from the discard pile. If the draw pile has run out, take one Life Tile from any opponent. Keep all Life Tiles Life-side-up in front of you; looking at the values on the Life Tiles is against the rules.

Career Spaces are extra opportunities to make some money from other players. If you land on a career space, pay the person with the matching Career Card or if no one has it, pay the bank (if you own it you don't need to do anything). The Police Officer has special rules for his "career space." Any player that spins a 10, or is caught speeding (the Police Officer must notice), pays the Officer $5,000. If no Office is player, no action is required.

When players land on the You're Fired or Mid-Life Crisis, they must trade your Salary and Career Card in for new ones. One of each may be drawn applying the same rules as stated above. Wait to return your previous career and salary until you have drawn new cards. If you land on Night School, you may choose if you want to change your Career and Salary cards. Two cards of each are drawn and if both are not desired, you do not have to take them, and, can remain with the career and salary you currently have.

Payday is the spot where the player collects their salary from the bank.

When a player reaches the Getting Married space, they stop even if they have moves left. One Life Tile is taken and one person peg is added to your car. Then spin and move again. The same rules apply for the Baby Boy, Baby Girl, or Twins spaces.

Buying a House rules are similar to getting married. Stop, even if you have moves left, and draw one House Deed at random from the deck. Pay the bank the price on the deed. If you're short on cash, a loan must be taken out from the bank. Then spin again and move. Homeowner's Insurance can be bought when the house is purchased or during any following turn. Pay the bank the amount shown on the deed for insurance and take one policy from the pile. This allows you to be protected from floods, theft, and tornadoes. Automobile insurance can also be purchased at the beginning of any one of your turns. Pay $10,000 to the bank and take one policy. Accidents, damage, and theft are now protected against.

Throughout the game, players may buy stocks allowing them to collect $10,000 from the bank every time their stock number is spun on the wheel (even if done by the person holding the stock). Buying more than one stock at a time is against the rules with one exception: If you land on the Stock Market Zooms space, take one Stock (at no charge) even if you already own one. Stocks cost $50,000 and you may choose which stock you would like to purchase. A Stock Market Slump will require you to return one stock to the bank.

Bank loans may be taken out at any time during your turn. One bank loan is worth $20,000. To payback loans, a $5,000 interest must be paid for each loan received.

Once you reach the end of the Life game board, either by landing directly on it or by passing by, you must do the following: After all players have retired, all players at Millionaire Estates count their money. The richest player takes the four Life Tiles at Millionaire Estates. The official Life rules mention that in case of a tie for richest player, the tying players split the pile taking 2 tiles each. All players turn their Life Tiles message-side-up and count up the dollar amounts add this total to all the remaining money you have in front of you. The player with the most money wins!

Please keep in mind that the official Life rules and instructions could be different depending on the game version you have. The rules below are some of the exact directions that came in the original packaging and will teach you how to play Life. Download these original PDF game rules or print them for later use.

Share with us your comments, funny stories, tips, advice, strategies, creative ways to play, questions about how to play, problems with the directions or anything you want about Life. All submissions will be reviewed within 24 hours.